John Cidade was born in 1495 in Montemor O Novo,Portugal. He spent most of his life in Spain and worked as a shepherd, soldier, construction worker and bookseller in many parts both of Spain and North Africa. He eventually settled in the city of Granada in the south of Spain.

It was here that he met St. John of Avila whose preaching had a profound effect on him, and resulted in a dramatic conversion experience. This experience made him realise the depth of God’s love for him and how little he had done to love God in return. This realisation caused him to have what we might term nowadays a’nervous breakdown’. He ran through the streets calling on God to have mercy on him and tearing his clothes. Many people considered him mad and some people who knew him took him to the Royal Hospital in Granada. This hospital housed those considered insane and the treatment meted out to them at that time was cruel and harsh.

​When John came to his senses he was determined that he would help those who were suffering so that they would never have to suffer what those in the Royal Hospital underwent. Before he was discharged he begged the hospital staff to treat the patients with humanity and compassion.

He took shelter in the porch of the home of Don Venegas where he brought those who were sick, poor or in any kind of need, John went on to set up shelters and eventually a hospital. Before he began his first hospital he went to work with the Jeremites, a religious order who also looked after the sick and there he received training in medicine and in nursing skills. He was very innovative in his treatment of the sick being one of the first to ensure that each sick person had a separate bed and going around washing and tending the patients himself.

​News of John’s work spread far and wide. He began to attract others who wanted to help him to look after those in need.

​John died on the 8th March 1550 aged 55. He was canonised in 1690. Twenty two years after his death those who were his followers were recognised as a religious order and called the Hospitaller Brothers of Saint John of God.

Today the work which John began in a porch in Granada continues in 52 countries in the world and covers a wide range of care for those with physical and learning disabilities, the homeless and poor, those with mental health problems and older people. 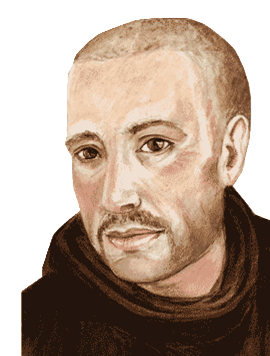 “For the love of God, do good for yourselves by doing good for others.”